January 30, 2016
Originally published here.
Love is a beautiful thing which happens to some people who are lucky. Love doesn’t come and go, once it comes in your life, it never leaves. Love isn’t for the weak-hearted who don’t want pain in their lives. Love is an addiction which makes life worth living. Love is for the people who care, it is for the ones who would love even after they leave, it is for those who liked being in love, and it is for those who deep down in their hearts know that there is no turning back, that they are doomed and they won’t be the same again without them and they can’t hate them for any reason possible.
I have never been a believer of the notion that love can happen in a moment or in a day. Love demands lots of time, adjustments and commitments. Love develops over time when you get to know the other person more and more. Once you think you know all about the person, like their shitty past, imaginative dreams and fantasies, their beliefs, their passions, their fears, their evil side and a lot more, you are in a state where you ask yourself am I in love.
Love is best when shared. So they joy of love doubles when the other person shares the same feeling with you in the very same way you do. Love can be single sided or mutual. The only way to find out if it is mutual or not is to say what you need to say. If it is mutual and not fake, it will last a long time and the two will do all they can to make it till the end together. On the other hand, if it wasn’t, it either ends up there and then or it begins with one being in unsure state and it becomes a time bomb which can burst anytime and will leave the other one in a lost state.
Before telling you what isn’t mutual, I would like to express the concept of being in love for yourself and not the other person. You feel love for the other person, that is true, you care for the other person, that is true too, but you do this because you like it this way, you are satisfying yourself by making them happy. There comes a time when you don’t like it this way, you feel the relationship is changing you a lot and you are not you anymore. That is the time when you literally need a weighing scale which will help you decide whether the change in you is for the good, or the adjustments and compromises are becoming more than you want to make.

Being in love might make you do anything for the person you love, but don’t change yourself too much that you don’t remain the person who fell in love in the first place.

What isn’t mutual is the breakups and divorce which comes later. I strongly believe the above statement, but never wrote about it, but this season, having seen some of my friends going through this phase, as well as a lot of famous Bollywood personalities splitting up, I decided to express my opinion. So here is is in the open. “Its never mutual”.
“It was mutual” is a very common reason which we hear after breakups and divorce, but it is never the actual reason. One among the two is badly broken and disappointed by this decision. But they decide to split up for the sole reason that love isn’t a one-person deal, it doesn’t work and finally, they allow the person to move on with their lives.
There can be thousands of reasons for the separation, those are tiny silly details. Simple conclusion always being the same, one of them wanted something from the other, or they wanted them to change so they are less hurt, and the other person can’t fulfill their request.

What I don’t like is the part which comes now, which is difficult but necessary. To confront, to bring everything in the open.

Some couples don’t do this at all, leave the questions unanswered and leave matters as it is without knowing the truth. Some take a lot of time to do it, they live under the fear that it won’t lead to their desired outcome, they fear that they won’t be able to take no for an answer they are going to ask. Doing it correctly as soon as possible is the only way to move on quickly, learn something by this phase and to have the will to be the same after this.
Confront and live another day. You will know what is the actual reason, you will know what went wrong, where you failed the expectations of the other person and most importantly you will know everything there has to know and you will not keep waiting for them to come back.
Cry if you wish because the most beautiful thing from your life has ended.
But do it once and for all, acceptance is the key, and the only way. Small distractions and becoming workaholics won’t fill the void in your life. Acceptance will open the void for something else. If you don’t accept, you can’t move on. Don’t lose hope, don’t think you won’t ever find love again, because it is the law of life, good things end for better things to come.
There is life to lived, there is someone waiting for you to love them, there are dreams to be achieved, there is so much more to life.

And remember the person you loved has left. The feelings, moments and the memories which you felt will never leave and you will always cherish the days of love. Once in love, always in love. 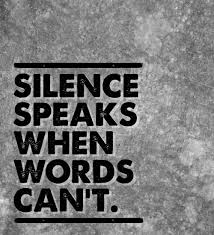 August 19, 2012
Fountain Head by Ayn Rand is one of the best books I have ever read, and best in the philosophical genre. This blog is not for any reader, it's for me and my memories. I want to preserve the feelings I am having right now after reading this book and how deeply it has changed my thoughts and way of living. We all want to be happy, it's a natural human tendency. We all think why is that happiness ends and why can't we always be happy. Why is that everything is temporary and we can't achieve permanent happiness. What is pursuit of happiness and why we always fail to be happy and end being sad. The answer to all these questions is as simple as saying that we all strive for virtual happiness, which means we just want others to have a projection that we are happy. We all do a lot many things, achieve some commendable stuff, create some mind boggling records, but do we do it for ourselves? If you are true enough to yourself, you will get the answer and I don't think
Read more 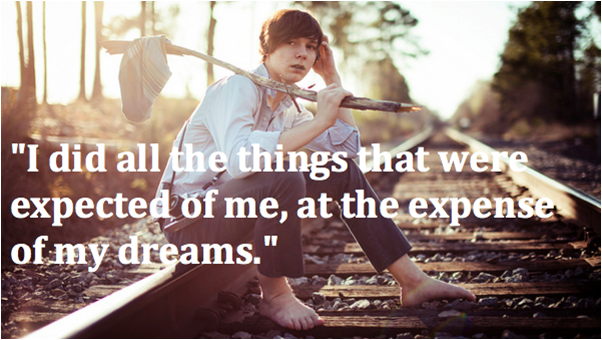